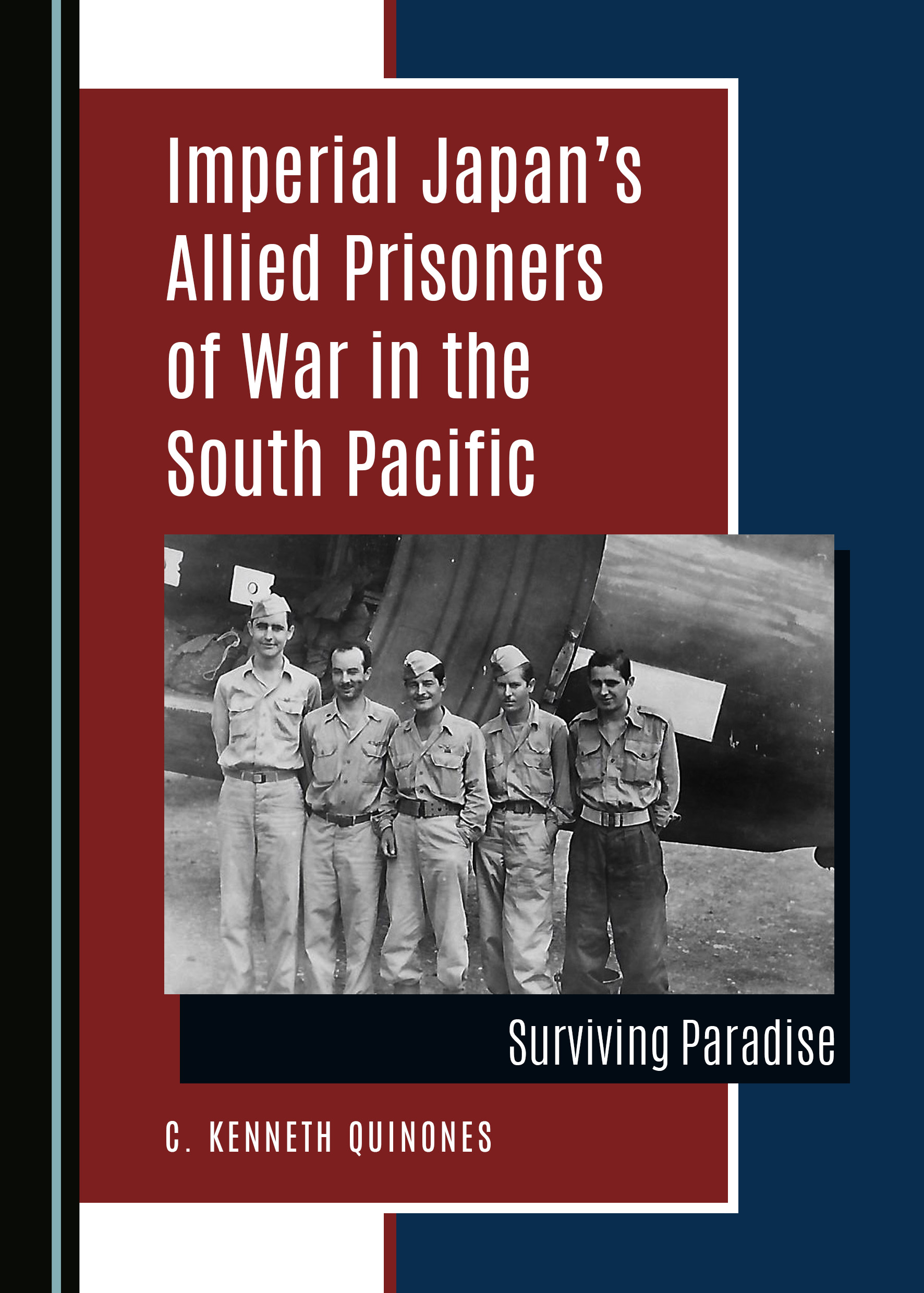 My latest publication is entitled Imperial Japan’s Allied Prisoners of War in the South Pacific – Surviving Paradise (Cambridge Scholars Publishing of New Castle Upon Tyne, United Kingdom, 2012). The book traces the lives and saga of survival by six US airmen and an Australian coast watcher while imprisoned by the Imperial Japanese Army at Rabaul, New Britain Island during WWII. Two hundred of their fellow prisoners did not survive.

The book is now available for purchase at:

Three weeks after Imperial Japan’s surrender, five men dressed in baggy khaki uniforms stared at the camera. They and two colleagues were the only survivors out of the 210 Allied airmen which Imperial Japan had imprisoned in “paradise.” Joining them were 18 British soldiers, the only survivors of 600 of their countrymen similarly but separately imprisoned. Another 10,000 Allied soldiers and civilians were also imprisoned on the South Pacific island of New Britain. More than half died before liberation. What motivated such inhumane treatment? This book’s quest for an answer traces the genesis of Bushido, Imperial Japan’s martial code, and surveys the prisoners’ recollections of their ordeal as the Battle for Rabaul raged around them from 1942 to March 1944.